A wild animal that lives in my community is a Jack Rabbit. The jack rabbits scientific name in a Lepus. A jack rabbit is long-legged and lean Its fur is buff-colored to blend in with the dry environment. Its relatively long tail has a black stripe, and its long brown ears have black tips. Jack rabbits can run up to 30 miles an hour and can jump to the length of about 20 feet. Also when a jack rabbit sees predators like coyotes, foxes, bobcats, badgers and weasels, it moves in a zig-zag pattern. Click this link to see what a jack rabbit looks like. commons.wikimedia.org/…

“Sometime during the Middle Ages, Catholic Monks were trying to figure out what to do with these bits of leftover dough. Clever as they were, they came up with the pretzel, folding the dough into the shape of praying hands, or the knot representing the Holy Trinity, depending on who you ask.”  Days of the year.

Did you know that today was pretzel day? I didn’t and at first. Also I thought that national pretzel day was just a day for pretzels being such a good food. What did you think it was? Tel me in the comments. 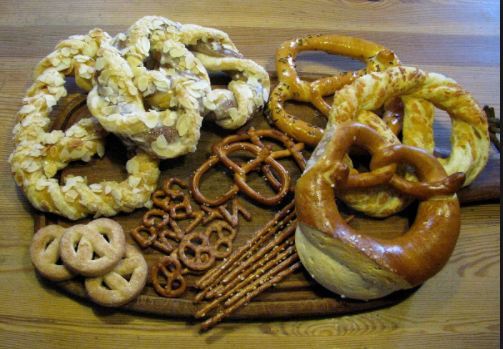 I have made a poem anthology for school and thought it was super cool and wanted to show you guys the finished product. Plus I have not done a post in a while for I was busy. Copy and paste the link below in a new tab to see it.

You might think global learning is where you have to be doing things for the community, but that is not how it works in room 30. We do global learning as like one of my recant blog posts World Water Day. That is a global thing. Also we do other things like World Play Day, or Global read Aloud. Things like that are global to. That is how room 30 (my class), is a class of global learners.

World Water Day is an annual observance day on 22 March to highlight the importance of freshwater. It is also used to advocate for the sustainable management of freshwater resources. A fun fact is There is the same amount of water on Earth as there was when the Earth was formed. One way to help with conserving water is Fixing your leaks. Whether you go DIY or hire a plumber, fixing leaky faucets can mean big water savings. To find out more ways to conserve water go to 20 ways to conserve water. To find out more on world water day go to world water day.

Can you guess what the sentence is? I will reply to the ones who are write. 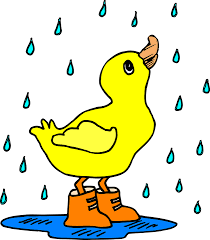 As you should know by the title it is poetry day. So I have this poem that I originally this was for pen-pals. It is a Pique.

It was pouring water

Ducks outside jumping in puddles

Splash! Splash! Over and over

This picture was my inspiration to make this poem. What else inspired me was my ducks yesterday doing this action. Hope you enjoyed. 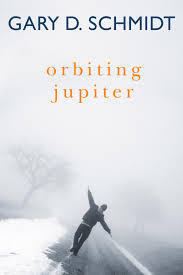 Here is one of my favorite books, “Orbiting Jupiter.”. I have wrote a letter to one of the characters. Hope you enjoy!

Your father was a great man. He loved you with all of his heart. His name was Joseph. He made many riskey moves for you. He really wanted to keep you as his own, but he got told that he was too young to keep you as he was 13 or 14 when you were born. You got taken away from him. This all started when the letter came in to your father. The first sentence read: You have a daughter, her name was Jupiter. He went crazy, but he was told to sign a few papers after he read the letter. The papers were for you to be able to others to adopt you. He did not want that. Your father held off from signing the papers for a while. Then he did, but your grandfather had a different opinion. He wanted money from your mother madeleine’s parents who were the first to sign them as they wanted nothing to do with you in the first place, but anyways as soon as he found out where you were he that one day packed some clothes and 2 books in his bag. He went to school and didn’t walk home with your brother Jack. your parents were worried sick about him. They went to find him. It was snowing and Your brother and your parents split up and went. although your parents told jack to go straight, but he knew what your father had thought to do. Not go straight. So he went a few blocks in and thought the library would be where to go for him. He was not there, but your foster mom was. Jack had asked if they saw the man in the picture he had, then they asked who he was. Jack said that he was your father. Your foster mom had a call about a boy. A boy who was pacing outside your old house. It was your father. Your foster mom gave him a picture. A while after Joseph’s father came tried to take Joseph. He went so no one got hurt except him. They got in a car wreck and fell in the river. He died for your brother jack as your grandfather had a gun up to your brother. And now you are here with a happy family that loves you.

Happy thoughts to you,

Have you ever done this with a book?

I am katelynn. I am a person who is addicted to pasta. My favorite color is green. I am the eldest child of my family. Right now my family is my mom, my dad, my sister, my brother, and the mystery child. I am afraid of clowns, heights, and falling. In my free time I am either organizing or riding my dirt bike. 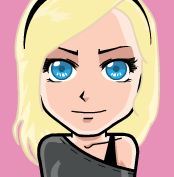 As you should know I am a part of the 2018 Student blogging challenge and this is a week one project. Click this link to see it. Hope you enjoy.